Today we have the chance of talking with… Juveniles!

By the time they only have published severals EP´s but the people who have had the chance of listening it are completely in love with Juveniles´ sound.

After the great response of “Fantasy” (their new single) we look forward to new Juveniles´. Are you working in the LP?

– We just finished our first LP, it has been produced by our friend Yuksek in his studio in Reims, France. It’s released on June 10th !

You have a very close relationship with Kitsuné. Do you feel the preasure of being part of an Indie giant?

– Yes of course, you always feel the pressure when important guys have faith in your work. Makes you wanna prove them right.

Kitsuné and the help from the guys from Yelle was the best start we could hope for.

France… We are charmed about your music! The scene is huge and full of quality… Phoenix, Daft Punk, Yuksek, The Shoes, Yelle, Kavinsky, Tellier, Air, M83, Juveniles…

One of the best moments of french Indie?

Some of these guys have been here for decades, I was just a teenager when I was listening to Discovery and the first Phoenix albums… There’s also Sound Pellegrino, Marble, Bromance, all the Ed Banger crew in general, and so much more.

We’re proud to be like a small part of this big “France pop/electro” thing.

About your start… When did it all begin? Did you meet each other before starting the Project?

– We knew each other for quite some time, playing in different bands. Then we released our first demos on bandcamp and Kitsuné released our first song “We Are Young”, a few months later we had our own label and were signed to Universal.

Which one are your favorite bands ever? And, at the moment?

– Really hard to chose, it changes all the time. At the moment I’d say Hot Chip, Kendrick Lamar…

Here in Spain, we love you but… What do you think about our music?

Do you have any reference in the country?

– Thank you! Not really besides HATEM, We Are Standard, Russian Red.

And, any date in the country?

– Nothing planned for the moment, which is a shame we love your country.

Again, thanks for being with us! 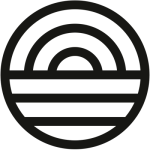